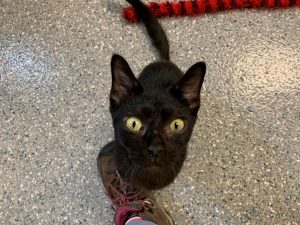 Pants…has…no pants. This funny looking kitty had some trauma when she first arrived so she wasn’t in the best shape. Pants is now on the up an up (and slowly growing her hair back)! She is the life of the party and really is a busy kitty! Pants knows what she wants and when she wants it so be prepared for some fun times with this petite kitty. We don’t know what Pants’ life was like prior to arriving to us but she seems to really enjoy cat TV (bird watching) and would be great for someone looking for a huntress personality. Pants would love a person to let her play with chasing toys and let her express her ‘wild side’. She really loves affection and one on one attention from people. We think Pants is going to be an excellent housemate and companion for someone! If you think Pants is the cat for you then apply to adopt her so that a counselor can call you about the next steps! 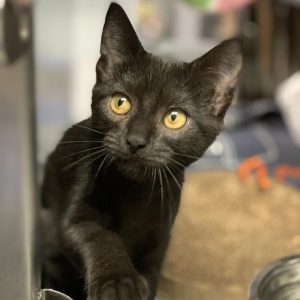 Luella is a confident little kitten that is currently on the hunt for her new family! This brave girl already fancies herself a regular house panther and can’t wait to experience cat TV (accessing your windows to watch the busy world outside).
Luella is super playful and has been around other cats and kids before! She loves to play chase so be sure to have laser pointers, wand toys and anything else she can hunt. Luella is a purr factory that loves attention so if you are looking for an A++ kitten then she is your girl!
You can visit Luella at PetSmart in Hendersonville as long as you apply for her through our website first. For more information, please email help@blueridgehumane.org.
September 9, 2020/by Laura Rice
https://www.blueridgehumane.org/wp-content/uploads/2020/09/Luella-Feature.jpg 1024 1024 Laura Rice https://www.blueridgehumane.org/wp-content/uploads/2016/08/BRHS-Logo-01-1030x305.png Laura Rice2020-09-09 12:36:392020-09-09 12:36:39Meet Luella! 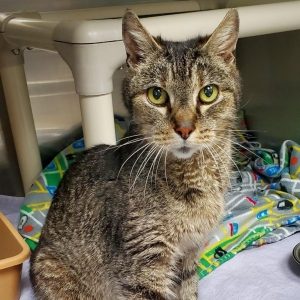 Meet Gary! Gary is officially in retirement and he is looking for his next journey in life in a home of his very own! This guy is as laid back as it gets and we know his ‘inner Gary’ is just aching to have a Hawaiian shirt sippin’ on tuna juice, sprawled out in a beam of sunlight somewhere. 🏖
Among just being a terrific tabby, Gary is also a magnificent manx that we just can’t get enough of his nubbit tail! He was originally a stray cat so his life before he landed with us is a bit of a mystery. Gary is currently living it up in a foster home and getting spoiled like he deserves to be but he really is in the market for a family. 👨‍👩‍👦
Some perks about living with Gary: he really isn’t an ‘in your face’ kind of cat, he won’t raid your pantry late at night, he isn’t much of a talker so he will appreciate the peacefulness that comes with silence and he is past his part animal stage. 😼
Basically, if you are wanting to help show a cat some love, but also don’t want to disturb the peace in your own home… Gary will happily fill the void for you and he promises that he will be the best roommate/family member ever! 💙
To adopt Gary, visit our website and click on his photo to submit an application. Once that is completed, an adoption counselor will reach out to you about the next steps! For questions, email adopt@blueridgehumane.org! 💻
September 2, 2020/by Laura Rice
https://www.blueridgehumane.org/wp-content/uploads/2020/08/BRHS-A-5912-0.jpg 1024 1024 Laura Rice https://www.blueridgehumane.org/wp-content/uploads/2016/08/BRHS-Logo-01-1030x305.png Laura Rice2020-09-02 09:15:242020-09-02 09:15:24Meet Gary!
Scroll to top