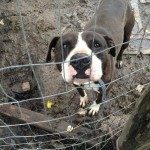 If you haven’t heard yet, Blue Ridge Humane Society recently took in a dog that was receiving national attention due to an article on a popular animal news website. Demo (now named Noah), lived a confined and solitary life in a muddy dog pen. Once photos of Noah circulated online and went viral, Noah’s brighter future started taking shape. It took a large network of people to give Noah the help he desperately needed. From the construction workers that cared for Noah since September as they worked on a project nearby, to the City Police Department, Rescuers from Un-Chain Hendersonville, Councilman Jeff Miller and the countless people that sent concerned emails and made phone calls. Friday, January 15th marked Noah’s day of freedom. Once Noah made it to our Adoption Center he had a warm welcoming from our staff! 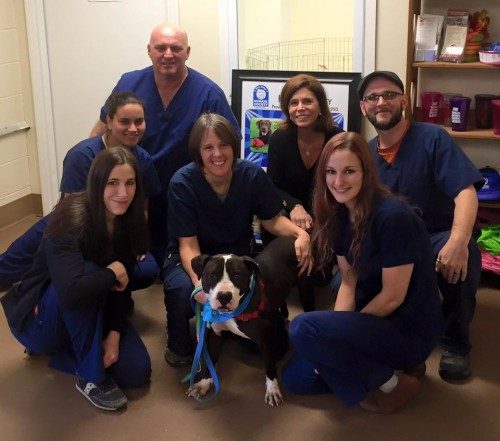 Noah drew a lot of local attention Friday evening as he was a top story on WLOS ABC 13. He was gladly soaking up all the attention he received from staff, and the news crew! Once the news crew left, Noah was able to get some much need rest! After getting to sleep in a warm, dry, cozy bed, Noah awoke Saturday morning to some visitors! He got to snuggle with a few fans that saw him on Facebook; and he very quickly proved his ability as a lap dog! Noah seemed a little in shell shock his first full day with all the new people and new routine, but Noah has been in great spirits. 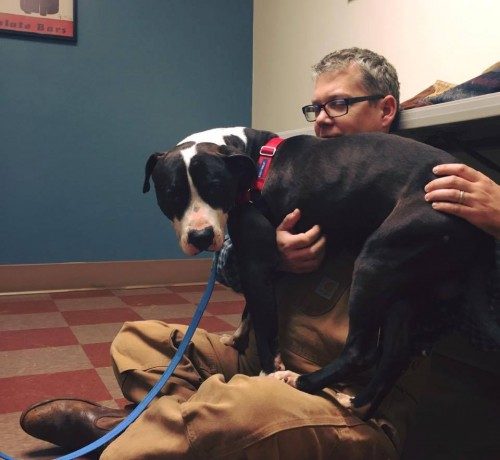 Noah’s next step will be finding a forever home. We encourage folks that shared his story when he was confined to a life in a pen, to keep sharing his story until he finds a home! So far Mr. Noah does not have any applications. If you are interested in adopting feel free to call us or email us 828-685-7107 or adopt@blueridgehumane.org If you are interested in donating towards his medical please feel free to make a donation over the phone by calling 828-685-7107 You can also make a donation online from our website (just click on the “donate” button). Thanks again for everyone’s continued support, we will keep everyone updated on Noah’s story here and on our Facebook Page.

Veggie Dogs and Spare Change to Help Our AnimalsExecutive Director, Lutrelle O'Cain in “Theatre with the Stars”...
Scroll to top